An impressive skyline is a clear indicator of a city’s economic development and it is therefore natural that highest skyscrapers are found in the most developed cities around the world.

While these high-rises are awe-inspiring works of art and a source of pride for the cities, most have been built out of the need to accommodate rising populations that have led to land subsidence.

Below is a list of the top 5 global cities with the highest number of skyscrapers that rise 150m and above, which is the accepted definition of skyscrapers by the Skyscraper Center, a database of the Council on Tall Buildings and Urban Habitat.

Hong Kong is a self-governing, special administrative region in the People’s Republic of China and one of the most significant global financial centres.

The territory boasts the highest number of skyscrapers in the world with a total of 7,840 high rise buildings, all of which have a collective height of 334km.

Of these, 316 stand above 150m with the 108-storey International Commerce Center being the tallest at 484m above ground and the eighth tallest in the world. 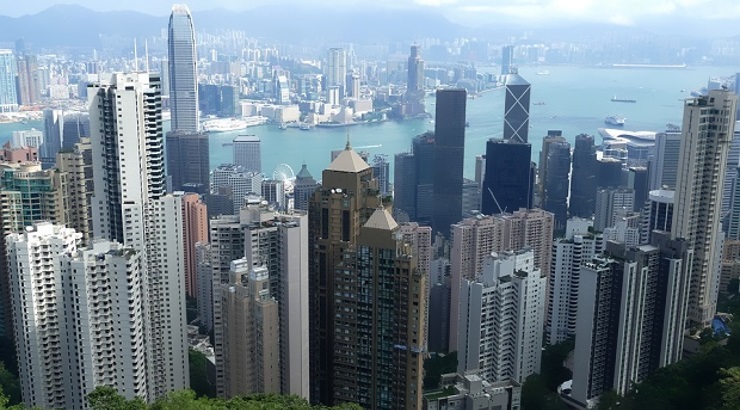 A view of Hong Kong’s skyline.

Dubbed the leading financial center of the world, New York is the largest city in the United States of America.

The global alpha city’s skyline is dominated by steel, concrete and glass – with 6,486 high-rise buildings, 257 of which are taller than 150m led by the One World Trade Center at 541m.

A section of New York.

Renowned globally for its impressive skyline not just in height but also in design, Dubai is the largest city in the United Arabs Emirates.

The metropolitan area has 155 buildings with a height of over 150m with most of them (51 percent) being residential houses due to the city’s high population and land subsidence.

A section of Dubai.

Shanghai is mainland China’s most developed megalopolis and the world’s largest city by population with 23 million residents.

Shanghai is one of the fastest growing cities in the world in terms of skyscraper construction. It comprises a rich collection of architecturally distinctive high rise buildings with 131 of them soaring above 150m.

The Shanghai Tower, rising 632m is the tallest building in Shanghai and the second in the world after the Burj Khalifa in Dubai.

A view of the Shanghai skyline.

Read Also: Why Kenya Is Among The Best Countries In Africa To Invest In

Often referred to as the birth place of the skyscraper, Chicago has an impressive collection of high-rise buildings.

It is the third largest city in the US and home to 119 buildings rising above 150m.

The world’s first skyscraper, the Home Insurance Building, was built in Chicago in 1885. It was 42m tall and was later extended to 55m.

Today, the tallest building in Chicago is the Willis Tower at 442m. Completed in 1974, it was the world’s tallest then – a title it held for close to 25 years. Currently it is the second tallest in the US and 16th tallest in the world.

A view of the Chicago skyline.

*Top 5 Global Cities With The Highest Number of Skyscrapers.

VAAL Real Estate was Founded with the aim of reducing the hassle of finding and buying homes. VAAL Real Estate has been successful in developing a brand whose main aim is to change the market by understanding and satisfying the needs of potential and future home owners.